Here are some common Australian Butterflies you are likely to find in your own back yard.

can be rather territorial and like to defend their 'patch' from other butterflies.  They can be found along the northern and eastern coast of Australia, down to northern NSW.   Wingspan is between 76 - 86mm.  Males and females are quite different. Pictured is the female.  Larvae feed on a wide range of plants but are usually found on Lesser Joyweed and Paddy's Lucerne.

is a migratory species and can be found along the east coast of Australia. They have been recorded as far north as the Atherton Tablelands, Qld and as far south as Sydney in NSW.  Wingspan is 56mm in both male and females.  Larvae feed on various Cassia and Senna species.

also a migratory species, they can be found in Qld (except Cape York Penninsula), NSW, VIC, TAS, SA and southwestern areas of WA and south eastern NT.  Wingspan is 43 - 47mm. Larvae feed on a number of plants including everlasting daisies, and introduced Cape Weed.

Have you ever admired a butterfly?

What was it called? Not sure?

You're in the right place...

The book Discovering Australian Butterflies is a fantastic guide to help you identify your local butterflies.  There are also chapters on butterfly trivia, life cycle, how butterflies got their name, butterfly words, where to find butterflies, and how to tell if it's a moth or a butterfly. Plus a bonus chapter on rearing your own butterflies.

Please browse through the website to discover more and find out about us, then when your ready to purchase head on over to the shop.

You can also LIKE us on Facebook and keep up to date with butterfly happenings, ask questions or show us pictures of your local butterflies. 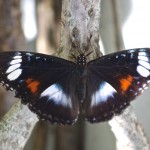 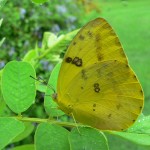 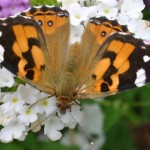 We were thrilled when the book, Discovering Australian Butterflies, was awarded a Gold Medal in the 'Printing Industry Craftmanship Awards', Qld.

As you can imagine there is so much colour to print in a book like this and it was the first book of its kind to reproduce the beautiful blues and iridescent colours of Australia's butterflies.

The book was also a finalist in the WARM Literary Awards, Sunshine Coast, Qld